A hundred years ago tonight the collier SS White Swan dropped anchor off Gorleston beach to ride out a storm. She’d left Hartlepool 24 hours before  with a cargo of coal bound for Liverpool. During the night her anchors dragged and she came ashore on Gorleston beach, side-on to the waves, where she still lies today. Though they probably didn’t know it her crew of 22 had reason to thank an earlier Gorleston resident, Captain William Manby, whose house on the High Street is marked by a blue plaque provided by the local history society. 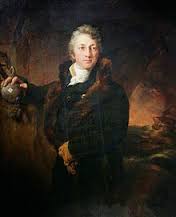 Captain Manby  had an inventive turn of mind.  He was responsible for the ‘Jumping Sheet’ a blanket to catch people leaping from high windows, an unsinkable whaler, a lifeboat made of wicker designed for the rescue of sailors trapped below the ice, and – of more interest to the crew aboard the White Swan – the Manby Mortar. Examples of this squat little cannon were manned by local rocket crews up and down the coast. On the night of the 17th November the Gorleston rocket crew were quickly summoned.  They managed to get a line to the vessel and after 13 hours in atrocious conditions the entire crew were rescued by breeches buoy. The White Swan was the only vessel operated by the Swan Line and with her loss the company duly went into liquidation.

Today the wreck of the White Swan is a hotspot for local fishermen. Beach casters can almost reach her from the shore and kayaks are able to pick their way through the pieces of her superstructure occasionally visible above the waves.

Curiously in its anniversary year the vessel was the subject of another rescue. On the 21st April the coastguard were called out to a report of something in the water off Gorleston beach. It turned out to be the wreck of the White Swan revealed by the falling tide.

One thought on “The White Swan”