5th December. A bright crystalline morning on Breydon. The boardwalk white with frost. A flock of bearded tits seemed to track me as I walked under the Roman Wall. Low tide and the mud hosting godwit and curlew, redshank and shelduck. A sizeable flight of pinkfeet in full cry coming in over Halvergate Marshes and wheeling overhead before dropping out of sight. On mornings like this there’s nowhere I’d rather be.

The first of the marsh harriers appeared on the far bank across the Narrows. It was wing tagged, but I couldn’t read the marking as it rose and fell out of sight behind the raised banking of the North Wall. Almost at once I spotted a second bird inland working the drainage dykes. They are an airborne contradiction, these harriers. One moment a model of elegance gliding above the reeds; the next they’ve turned into a bundle of rags on two sticks as they lever themselves into the thin air over a dyke.  Their hunting flight seems lazy and haphazard. A few slow wingbeats, a level glide then that untidy climb from the wet ground. In a few weeks they’ll be carrying nesting material, trailing lengths of phragmites longer than their wingspan into the reed bed.

John B. monitors the nests on Breydon and tags the young birds before they fledge. He knows the individual harriers by sight. Walking the bank with him is to see a whole new world open up. A couple of years ago I watched a harrier drop onto a nest in the middle of a reedbed by the pumping station. Wedging my back against a gatepost on the track I pulled out my iphone, fired up the compass and took an accurate bearing on the spot.  A few days later I found John on the path and smugly showed him the phone. He seemed genuinely interested. He listened politely, admired the technology. Then he reached into his own pocket. This is what I use, he said.

He brought out a notebook he’d bound himself. Each double page spread was dedicated to a single nest. Each contained a fine drawing of the nesting birds highlighting the plumage that would identify them. Next to them what started as a map of the flat terrain  morphed into a line drawing of bank features and the skyline. A cartographic hybrid which managed to locate precisely individual nests and their occupants in the flat and featureless landscape of Breydon. It was breathtakingly beautiful. He makes one each year. Taken together they would make an astonishing archive of Breydon’s harriers. 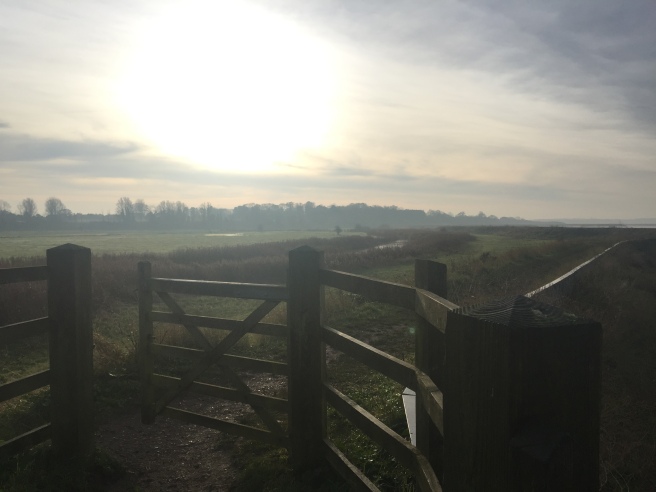